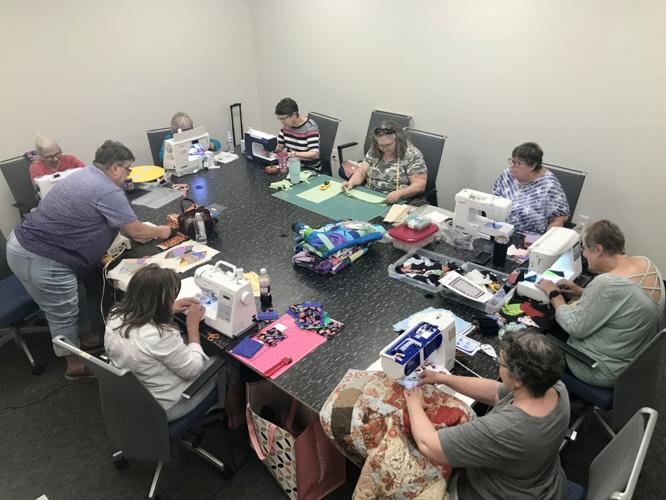 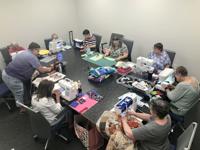 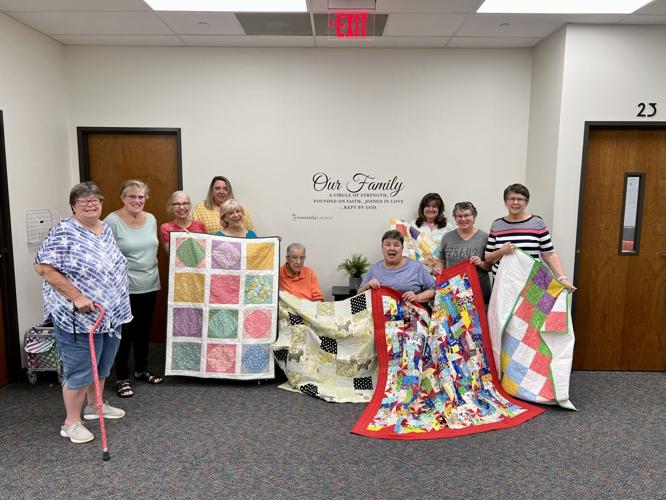 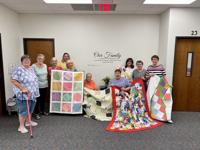 Local quilters display some of the blankets made for Uvalde students. (Courtesy Photo)

Local quilters display some of the blankets made for Uvalde students. (Courtesy Photo)

If you stop by Cross Tracks Church on any given Friday, you will hear the whir of sewing machines and lively chatter from a group of women who contribute their time and skills to making blankets for the Central Texas Chapter of Project Linus.

The group has been in place since the late 1990s, but just finished one of their most important projects to date. Over the last month, they have created a total of 25 blankets for Project Linus to donate to the students of the Uvalde Consolidated Independent School District. The project began this summer after 19 students and two teachers were killed in a shooting at Robb Elementary School in May.

“The goal is to have a quilt for every child in the school district by the time school starts,” said group member Pam Turner. “We said we’d each do two to four blankets, and about 10 of us are in the group right now.”

While 25 quilts were delivered in July from the Liberty Hill group, Turner said a total of about 1,000 blankets have already been delivered to Uvalde CISD through Project Linus. The enrollment for the school district at the end of 2021-22 school year was just over 4,100.

“We just made as many as we could,” Turner said. “We meet twice a month to work on them together. Typically, we have 10 to 12 ladies in the group. Half are church members and half are community members.”

Anne Slager is one of the founding members of the group and has been making blankets for Project Linus since 1999.

“We started out with just three of us, and we go up and down on membership,” she said. “The other two founding members are no longer with us. I would estimate I’ve made over 450 blankets since I joined the group. I average about four blankets a month.”

Sandra Sweezy has been a part of the group since 2011 and has enjoyed seeing its growth over the years and the relationships she’s been able to build with fellow quilters.

“We used to just make quilts at home and then brought them in to show each other, but now we meet,” she said. “It’s nice getting together and working on the quilts together.”

Others are brand new to the group, like Barbara Gorder, who recently moved to Liberty Hill, but was excited to find a group that enjoys making quilts as much as she does.

“I just enjoy making quilts and no matter where they go, they are going to somebody who deserves it or needs it,” she said. “It’s nice to know what I’m doing is making a difference for someone.”

Robin Buck is another new member, who is relearning to sew after not sewing since high school. She’s working on her first quilt, and is excited to be a part of the group and contribute.

Turner said new members can join anytime, and if they don’t have any sewing or quilting skills, the other group members will teach them. Additionally, the group owns a couple of sewing machines that can be borrowed if needed, and an entire closet filled with fabric that has mostly been donated from the community.

“We take donations from the community anytime, and occasionally we will take a communion offering to order things like new batting for the quilts,” Turner said.

In May, the Liberty Hill group donated more than 80 blankets they had made to the Central Texas Chapter of Project Linus. In 2021, Project Linus as a whole delivered 4,782 quilts and blankets to children in foster care, hospital emergency rooms, crisis centers and shelters across Texas.

Turner said it’s ‘truly a mission of love’ to be able to gift these quilts to the children of the Uvalde CISD.

Those interested in joining the Liberty Hill group or donating fabric for blankets can do so by reaching out to crosstrackschurch@gmail.com. For more information on the Central Texas Chapter of Project Linus, visit centexprojectlinus.wixsite.com/texas.