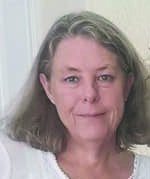 Newspaper Owner/Publisher Shelly Wilkison has more than 38 years of experience as a professional journalist since earning a degree in journalism and Spanish from Baylor University in 1984. Specializing in public affairs reporting, she worked for major dailies and smaller bi-weekly newspapers in Texas where she covered politics, elected officials, city and county governments, the Texas Legislature, criminal and civil courts, and law enforcement before purchasing The Liberty Hill Independent in 2010. In 2009, she started a local website — Radio Free Liberty Hill — that covered local news and provided internships to aspiring high school journalists.

In addition to her newspaper experience, she served as a press secretary to a state senator in the late 1980s, and later as a political and media consultant, working through her company to produce newsletters, magazines and content-rich websites for businesses and organizations across the country. Since moving with her family from East Texas to Liberty Hill in 1999, she was a regular contributor to various news magazines and trade publications in print and online, and was a sought-after freelance writer on law enforcement training and police labor issues. Additionally, Wilkison was a contributing writer and editor on a U.S. Department of Justice publication released in 2006 relating to police labor-management relations. And in 2000, she was a contributing writer and editor of The Ultimate Sacrifice, a book that chronicled the stories of Texas peace officers killed in the line of duty since the early days of the Republic.

Driven by a strong commitment to the journalism profession, to the Liberty Hill community and her family, Wilkison frequently volunteers her time and resources to various local charitable organizations. 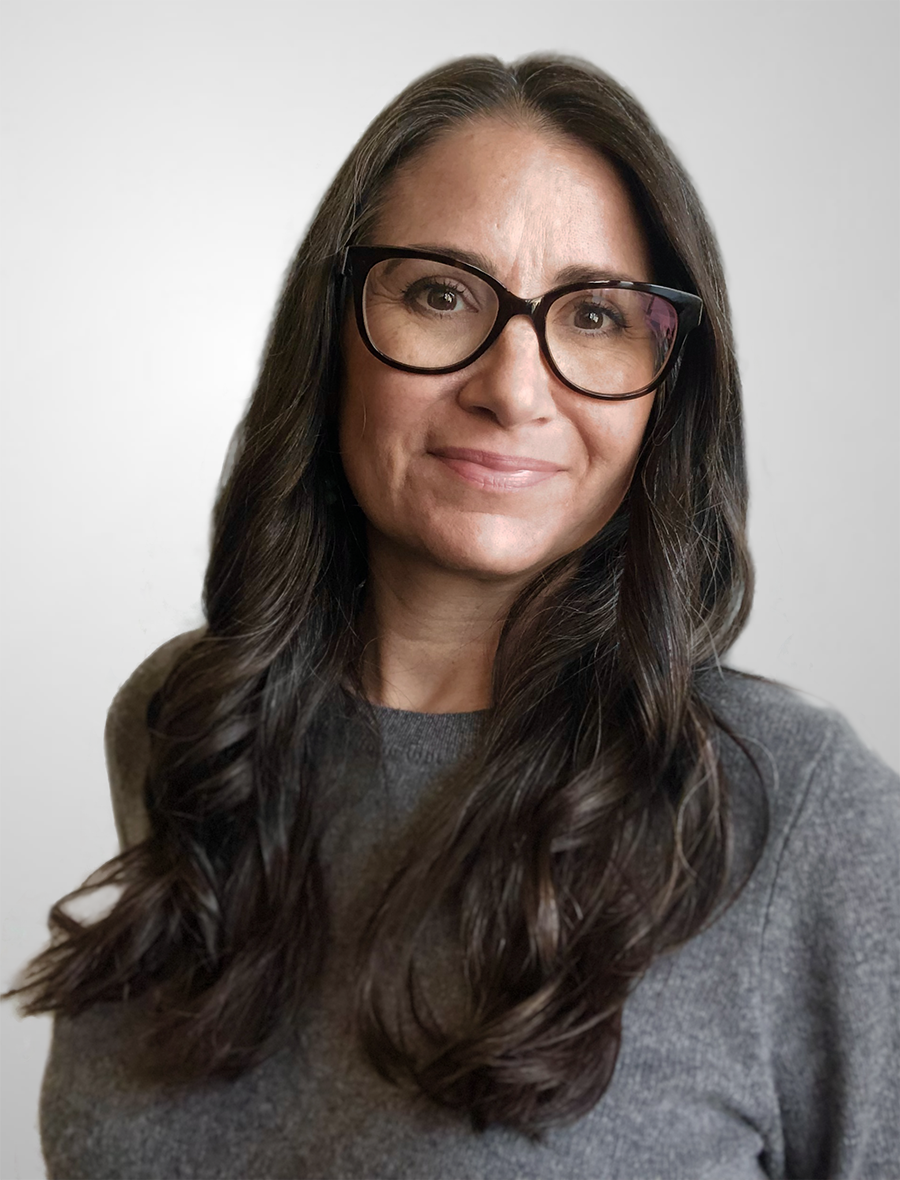 Stacy Coale is responsible for advertising sales in print and online as our Media Specialist. She also serves as the Creative Director for our special publications. Born and raised in Shreveport, Louisiana, Stacy earned a Bachelor of Fine Arts degree in Graphic Design from Louisiana Tech University. She brings more than 25 years of experience in the advertising and publishing industries as an award-winning art director with Publicis Groupe in Indianapolis and Reed Business Information (now RELX Group) in Chicago.

Stacy, who has been with The Independent and its special publications since 2015, enjoys the collaborative experiences she shares with her clients and strives to deliver results that consistently exceed their expectations.

Time away from work is spent with her husband, two daughters, Abel the long-legged Chihuahua-pug mix and Percy the pug. 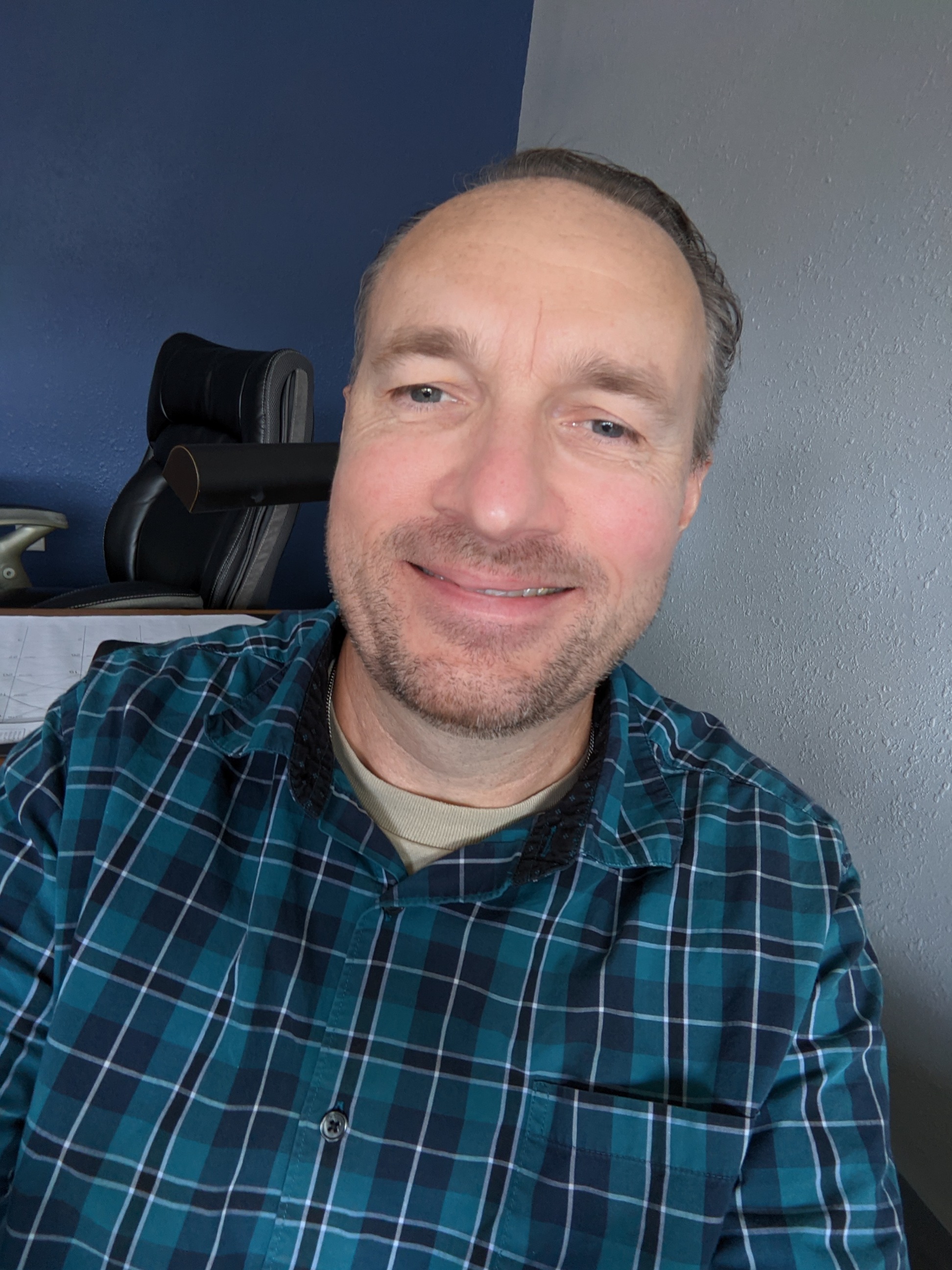 Scott Akanewich is an award-winning journalist with 20 years of experience in the military and civilian sectors. He has been on the staff of The Independent since 2019.

A native of San Diego, California, who has adopted Liberty Hill as his home, Scott brings with him a passion for coverage of local sports at the high school level and has even elected himself “Mayor of Pantherville” – a title he takes very seriously in providing the Purple-and-Gold Nation with exceptional sports coverage.

Scott enlisted in the U.S. Army in the weeks following 9/11 and went to Basic Training at Fort Knox, Kentucky, followed by Advanced Individual Training at the Defense Information School at Fort Meade, Maryland, where he was trained as a military journalist. Following a year-long tour in South Korea with the 2nd Infantry Division, he was stationed at the National Training Center at Fort Irwin, California, for the remainder of his active-duty enlistment, during which time he rose to the rank of sergeant.

For Scott, the most gratifying aspect of his work with The Independent are the relationships he has built over the course of his time here with coaches, athletes, parents and administrators – all of whom form the Liberty Hill sports family. After many years of searching, Scott is pleased to have finally found a place to call home in the vibrant, growing community of Liberty Hill.  Go Panthers! 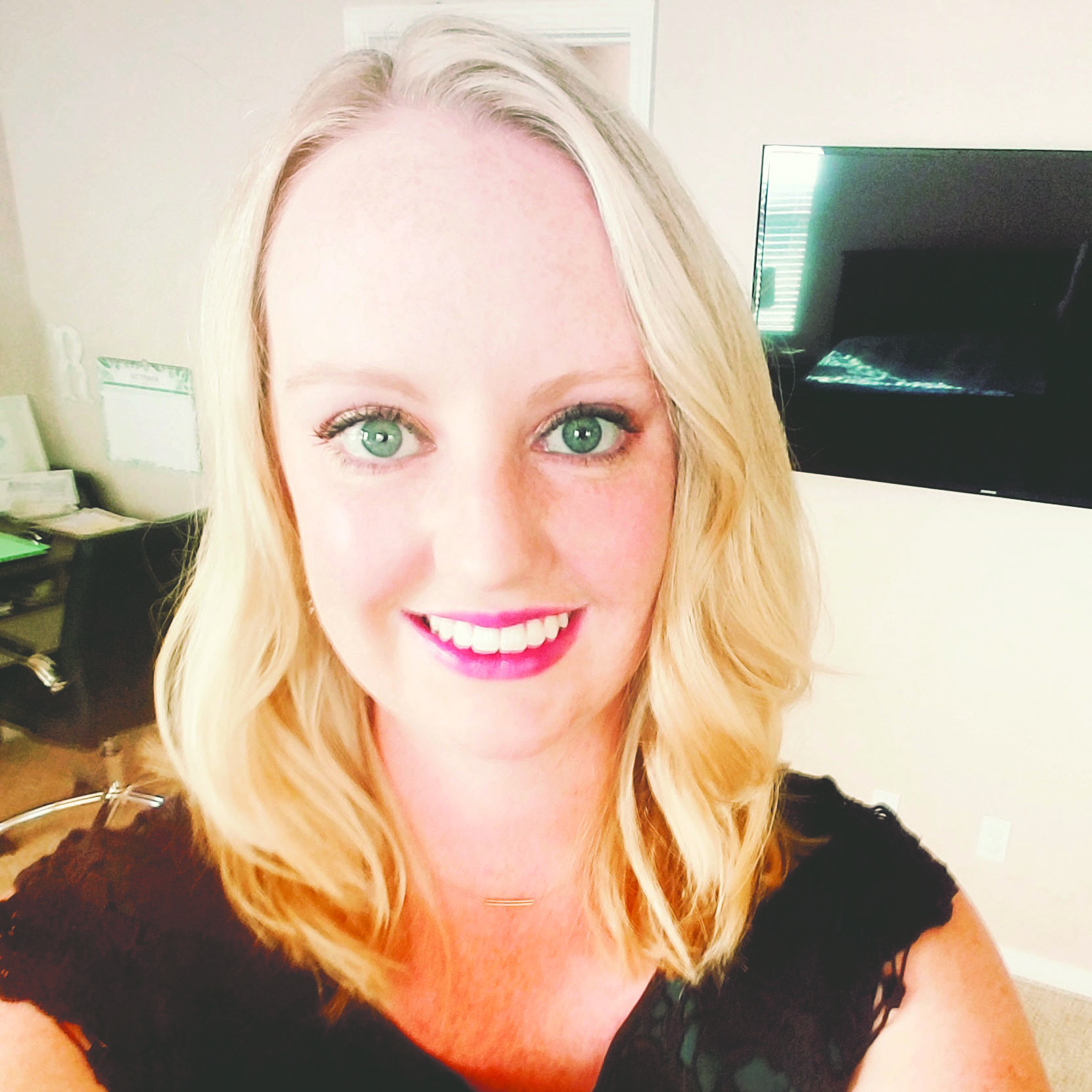 Rachel has more than 15 years of experience working in the newspaper and magazine industries. Previously, she worked as the associate editor for Utah Business Magazine and was the community editor for the Tooele Transcript-Bulletin in Utah. She earned a bachelor's degree in communication and print journalism from Dixie State University in St. George, Utah. She also currently serves as the public relations and media chair for the Liberty Hill Education Foundation. Rachel lives in Liberty Hill with her husband and two sons, and enjoys running, baking and traveling in her spare time. 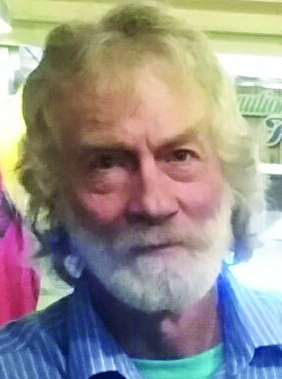 James Wear has been in love with the newspaper business since he was a student at Florence Elementary. As a third grader, he produced a family newspaper (on the back of a grocery circular) that included want ads, a comic section and a weather forecast. Later, he was a member of the high school newspaper staff where the newspaper was printed on a mimeograph.

Following his graduation from Florence High School in 1976, James enrolled at Central Texas College in Killeen where he signed up for a class in journalism, which he dropped after one day because broadcast journalism wasn't for him. Instead, he pursued a degree in general studies, until he discovered CTC offered a degree in an offset printing. He thought it might come in handy if he ever did pursue a career in journalism.

James was later hired by the Lampasas Dispatch to serve as a darkroom technician. He also operated a small press for the Dispatch’s commercial printing operation. One Friday night he and a friend attended a football game in Lometa, and he wrote a story about the game and left it on the managing editor’s desk. It appeared in the paper, and before long, he was splitting time between production and news writing.

After leaving Lampasas, James worked in Seguin, where he joined a fledgling weekly newspaper as its sports editor. Within a year, the paper grew from one sports page to a 10-page sports section.

Weary of the grueling 70-hour weeks at Seguin, he returned to Florence and partnered with a friend to produce a weekly newspaper for his hometown. A couple of years later, he began working part-time for a small tabloid newspaper that had made its debut in Liberty Hill. Soon, the part-time job became full-time and James was named editor of the Liberty Hill Independent.

He left the paper in 1989 and worked in construction for a number of years, occasionally dabbling in the newspaper business before returning to The Independent in 2015 as a columnist. By this time he and his wife, Paula, had returned to his boyhood home of Andice. They are enjoying life on the farm, with chickens and Paula’s recent addition of a pair of miniature milk cows. 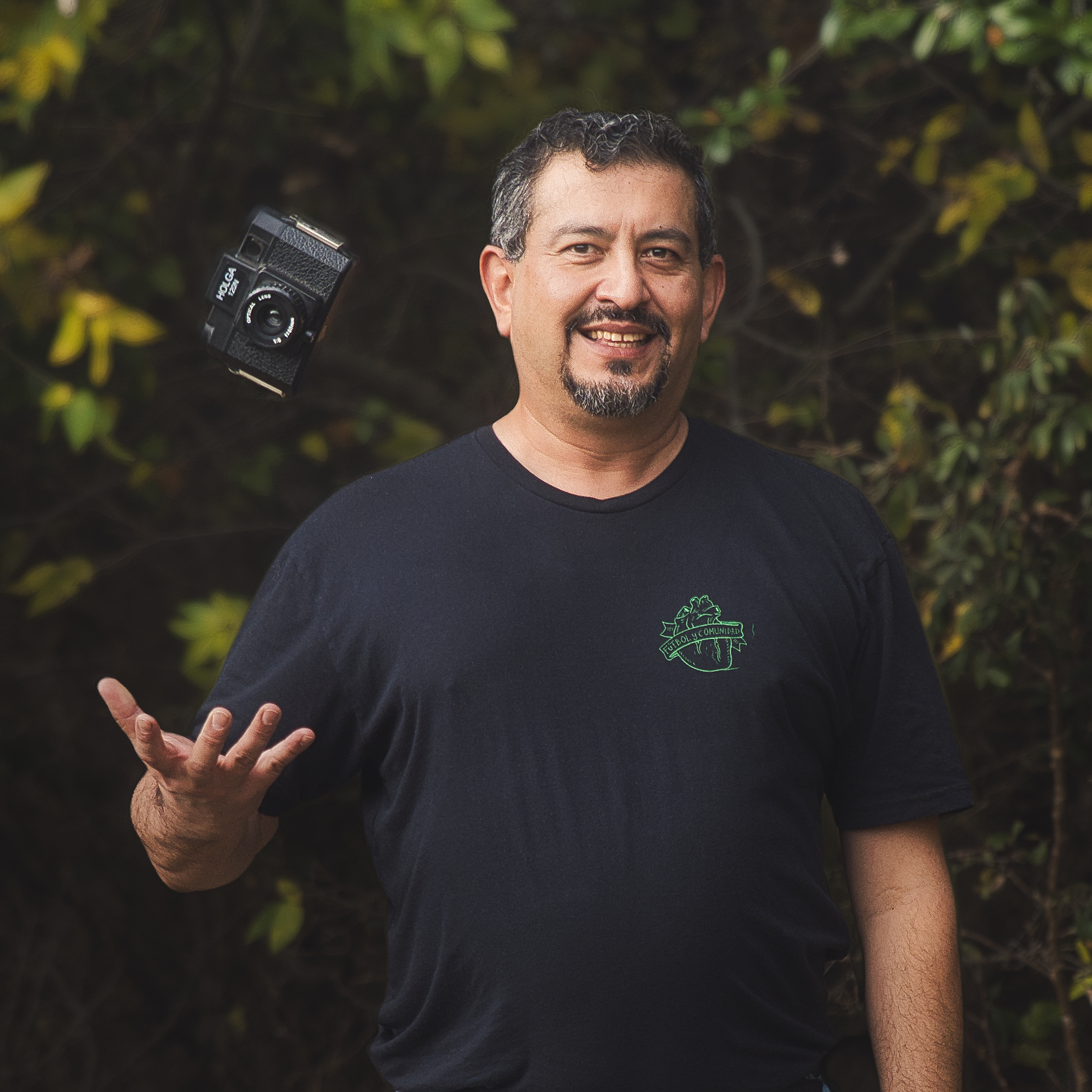 By day, Alex works from his home office in Liberty Hill for a major employer in Central Texas building solutions that you may be using in your daily life. On high school game nights, he transforms into the sports photographer you see running up and down the football sidelines or sitting on the court taking pics of Liberty Hill’s amazing athletes. Since 2015, he has been sharing his talent for sports photography with The Independent.

Alex started in photography before his first daughter was born over 15 years ago. He is married to his best friend and partner in all adventures, Julie. He is the father of five beautiful girls ages 12 to 19. Melissa, DJ, Trinity, Gaby, and Savannah. He also has two dogs, Izzy and Assa. And two cats, Jett and Opal. As well as many critters that live on his property in Liberty Hill.

When Alex is not taking pictures of our Liberty Hill Panthers for The Independent or Austin FC, he is tinkering around with gadgets, learning new photography techniques, cooking, traveling, watching movies with his family, or watching one of the many sports and teams he likes on TV.