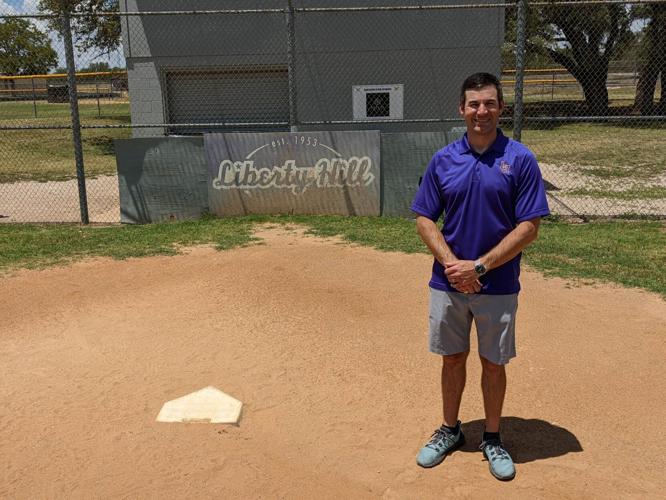 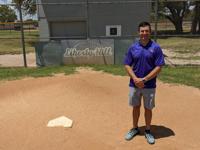 Dustin Dean, new president of the Liberty Hill Youth League, hopes to help the league further expand as the city continues to grow. 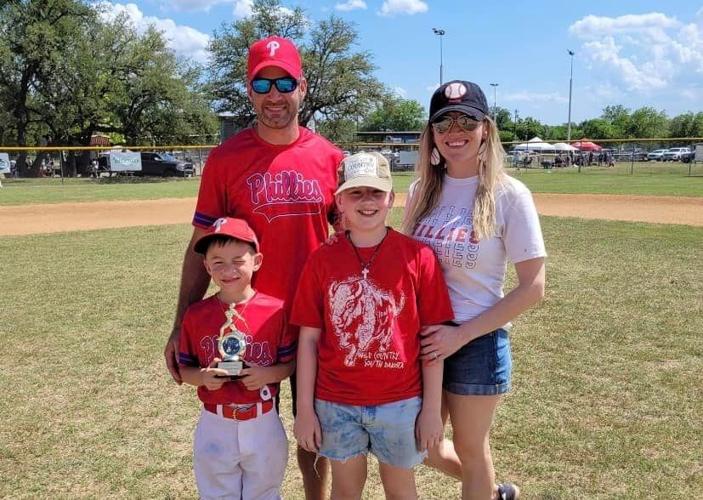 New Liberty Hill Youth League president Dustin Dean, with wife Angela, son Daniel and daughter Claire, who have all participated in the league.

Dustin Dean, new president of the Liberty Hill Youth League, hopes to help the league further expand as the city continues to grow.

New Liberty Hill Youth League president Dustin Dean, with wife Angela, son Daniel and daughter Claire, who have all participated in the league.

Playing youth baseball on the diamonds of Madisonville is a time Dustin Dean now looks back on as one of his fondest childhood memories.

Dean played alongside brother Darren and was coached by father Tony at the time.

“I remember my dad telling me that was one of the best times of his life,” said Dean. “Now, I want other kids to be able to have that experience.”

Dean, 38, is the new president of the Liberty Hill Youth League Board of Directors, a post he is taking over from Jake Thomas, who recently finished his two-year term at the wheel of the organization that was founded in 1953 and governs local youth baseball and softball.

“I just have a lifelong love of baseball,” said Dean. “It's always been my favorite sport.”

After being involved with the league for the past two years – primarily as a coach and commissioner of the 4U-6U program – Dean is now ready to step up in stature and see to it the progress made under Thomas is maintained and built on.

“Jake did a really good job,” said Dean. “I want to add to what he accomplished.”

However, one thing Dean inherits is the primary problem that has been facing the league in recent years – the need for sufficient field space as the number of players increases relative to the growth of Liberty Hill as more and more families move to the area.

“We've already doubled the number of kids the past few years and if the school estimates are correct, those numbers will double again in the next couple years,” said Dean. “So, that's the biggest struggle for us as a league – to have more fields.”

But, with an enrollment of approximately 800 in the recently-concluded spring season, the current fields are just barely meeting current needs, said Dean.

“Honestly, we're just about maxed out right now,” he said. “Also, only three of our five baseball fields have lights, so at time of the year when it gets dark earlier, it's more difficult to get practices and games in because we can't start until 5 p.m.”

Despite the fact a pair of fields were just added for this spring season at the downtown complex on land donated by the Liberty Hill Independent School District behind the organization's headquarters, that will only temporarily stem the tide, said Dean.

“We don't want it to get to the point where we have to limit registration,” he said. “We're a community league and want to provide all kids with the opportunity to play.”

With more fields comes the need for more maintenance – something Dean also mentioned as a priority.

“Right now, we only have a couple guys taking care of the fields,” he said. “Which is a lot of work for only a few people.”

Due to the fact LHYL is an all-volunteer, non-profit organization, there is always a need for a variety of services.

“We always need more people to help out,” said Dean. “Just about anything you want to do.”

Dean's daughter Claire – a fifth-grader – played softball in the league before focusing strictly on soccer and six-year-old son Daniel currently plays baseball, while wife Angela also helps with many of the league's behind-the-scene chores, so it's definitely a family affair for the new league president.

“We believe the kids of Liberty Hill deserve to have the same kinds of memories we had,” said Dean. “So, that's our biggest focus – to be a community league.”